Skip to content
Challenge
A well-known large-scale gearbox manufacturer is looking for new cleaning products to solve the serious residual problems in its cleaning process engineering.
provide plan
In order to meet the needs of customers, Quaker made a series of analysis on the status quo of customers. It was found that white residue and foaming were mainly caused by the following reasons:
1. Water quality is a major factor affecting white residue. If the equipment operator does not turn on the power of the water purification device when adding water, the residual amount will increase significantly.
2. The large amount of foam will appear in the original cleaning agent under ultra-high pressure. It will be dissolved into the working fluid after the oil is cleaned. It is difficult to be removed by the oil-repellent device. As the oil in the working fluid accumulates, the residue will gradually increase. To solve the current problem, Quaker used the QUAKERCLEAN Â® 624 CP cleaning. Since the cleaning agent can clean the surface of the working fluid after cleaning, the oil can be effectively removed by the oil slinging device, which can effectively reduce the accumulation of oil in the working fluid, thereby prolonging the working time of the working fluid. In addition, it is considered that the QUAKERCLEAN Â® 624 CP itself has less residue and foam, and has a long service life, which is more suitable for the cleaning of aluminum alloy. 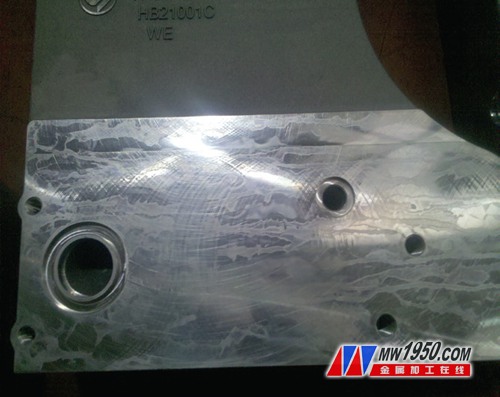 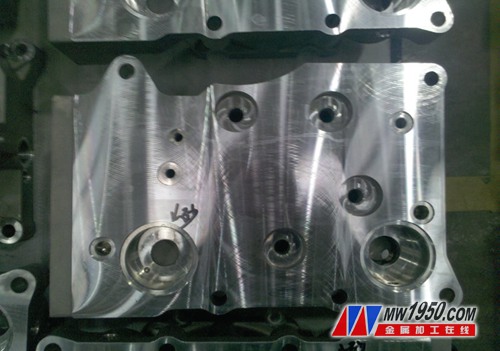 QUAKERCLEAN Â® 624 CP white residue and foam improvement
In order to ensure that customers can get better cleaning results, Quaker not only provides a better solution on the product, but also provides a series of guidance on the daily operation according to the on-site analysis:
1. When dispensing and adding, be sure to turn on the power of the water purification unit to make it work normally, and add the purification reagent at regular intervals. To ensure that the water used in the tank is effectively purified.
2. When cleaning the oil sump, the sewage washed on the workpiece is likely to remain on the upper and lower surfaces, especially on the side close to the fixture. Therefore, it is recommended that the customer add a flushing procedure on both front and back surfaces instead of rinsing (30 seconds required) after the cleaning procedure is completed, which can effectively reduce the occurrence of visible residue.
3. Change the cleaning agent regularly. Through the preliminary trial, it can be clearly found that as the number of cleaning workpieces increases, the residual surface of the workpiece will gradually increase. Therefore, it is necessary to develop an effective liquid exchange period according to the number of cleaning workpieces.
product information
QUAKERCLEAN Â® 624 CP is a mild, mild detergent that is widely used in automotive industry parts cleaning. This product has excellent cleaning properties and low foaming properties. It can be used for high pressure spray cleaning of ferrous metals (steel and cast iron) and non-ferrous metals (aluminum alloy), and can also be used as a waterborne rust inhibitor alone.
Product and process knowledge
Metalworking fluids account for only a small fraction of the total cost of the metalworking process, typically less than 1%. This application case is a good illustration of the importance of the correct choice of metalworking fluids. The effect of metalworking fluids on the entire production process is several times its own cost, which makes its price less important. That's why Quaker develops high-performance products at no cost to help customers reduce production costs and increase competitiveness.